A trip to Sanlúcar de Barrameda

Last Friday I went to Sanlúcar de Barrameda to visit a winery I had not been to before. It is called La Callejuela and is situated on the outskirts of the town with a vineyard right next to the winery. This is unusual in the Jerez region as most wineries are located in built up areas some distance from the vineyards.
The winery is run by two brothers whose family have been vineyard owners for three generations. Until quite recently their wine was sold in bulk, mainly to other wineries. However, since 1980 they have built up stocks of older wines and are now selling these under thier own label. As well, they are producing younger wines, mainly manzanillas which are exceptionally good.
They have vineyards in three different areas of the Jerez region and the wines from each are very different. I tasted a very structured base white wine from the famous Marchanudo area, a wine from the vineyard next to the winery which was soft, elegant and fruity, and a third wine from the Añina area which was somewhere between the other two. The owners have plans to make manzanillas representing each of the vineyards.
I spent three hours at the winery, with the brothers talking to me enthusiastically about their wines, their vineyards and their plans for the future. You would think they were twenty-year-olds and not men in their fifties!
We tasted a lot of wine directly from the cask but one in particular shone out for me and that was a manzanilla pasada called Blanquito. A manzanilla pasada is a manzanilla that has been aged under yeast for much longet than normal. The wine in question has an average age of around 10 years and showed an incredible elegance and complexity. Every now and then a wine has a real emotional effect on me and this was one of those wines! 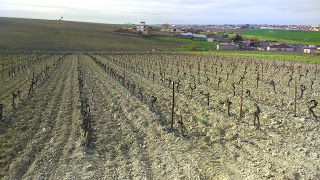 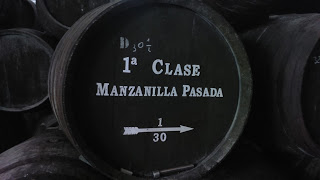 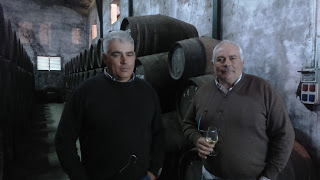