The end of the harvest in Ronda

Last Thursday (21st October), I ran a wine tour to the Ronda area, a place that I have written about in previous blog entries. In the first winery that we visited, they had picked the last of their grapes on the previous Friday. The first photograph below shows some of the winery’s vines. As you can see the leaves are already changing colour. 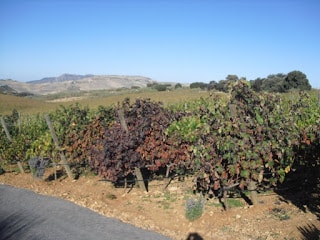 In the second photograph you can see some grape skins that have come out of a basket press. Up until this year, the winery has dried out all the skins and used them as compost. This harvest, for the first time, some of them are going to be used to make orujo, Spain’s equivalent of grappa. I am looking forward to tasting some! 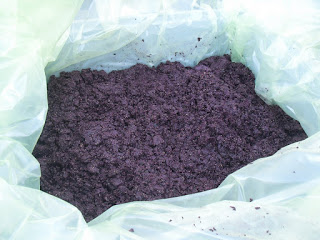 In the second winery that we went to, they had finished harvesting grapes just four days before. We were fortunate in being able to taste quite a few of the new wines. One was still fermenting, some had just finished fermenting, whilst others were already starting the malolactic fermentation. It’s an interesting excercise tasting wines which are a long way off from the finished product, and listening to the winemaker as he tells you what he is looking for in each one. The photo below shows the winemaker Rodrigo taking a sample of a Peti Verdot wine for us to taste. 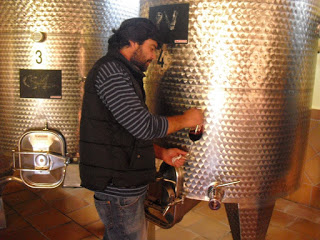 In the last photograph my clients can be seen tasting some of the wines that are already on sale to the public. 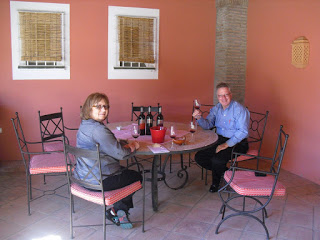