In my last post, I talked about the porcini mushrooms that we ate in the Sierra of Aracena whilst on an Iberian ham tour. Well, yesterday (11th October) on a tour that I led we ate one of the most prized mushrooms, Amanita caesarea, known locally as “tana” and in English as Caesar’s mushroom; it was prized highly by rulers of the Roman Empire. The mushroom has a wonderul subtle nutty flavour and can be eaten raw or sauted. When eaten raw it should be cut into thin slices and sprinkled with sea salt and with a light dressing of fine extra virgin olive oil and balsamic vinegar.
In the first photo below you can see the distictive orange cap of the Caesar’s mushroom. In the second photo the mushroom we ate is being prepared in a small frying pan with a little garlic and parsley. A lot of people add nothing so that the flavour of the mushroom is not masked by anything else. 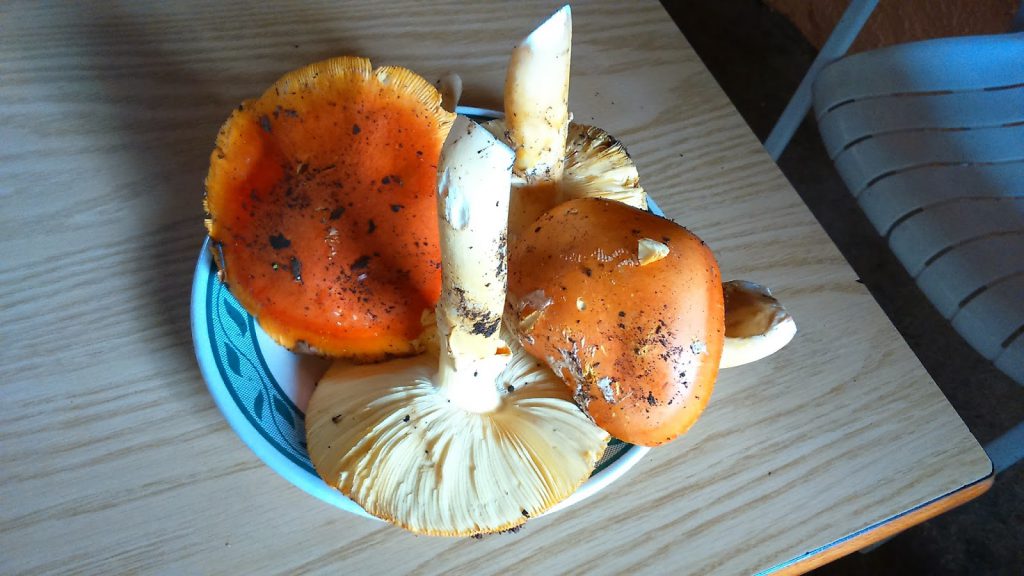 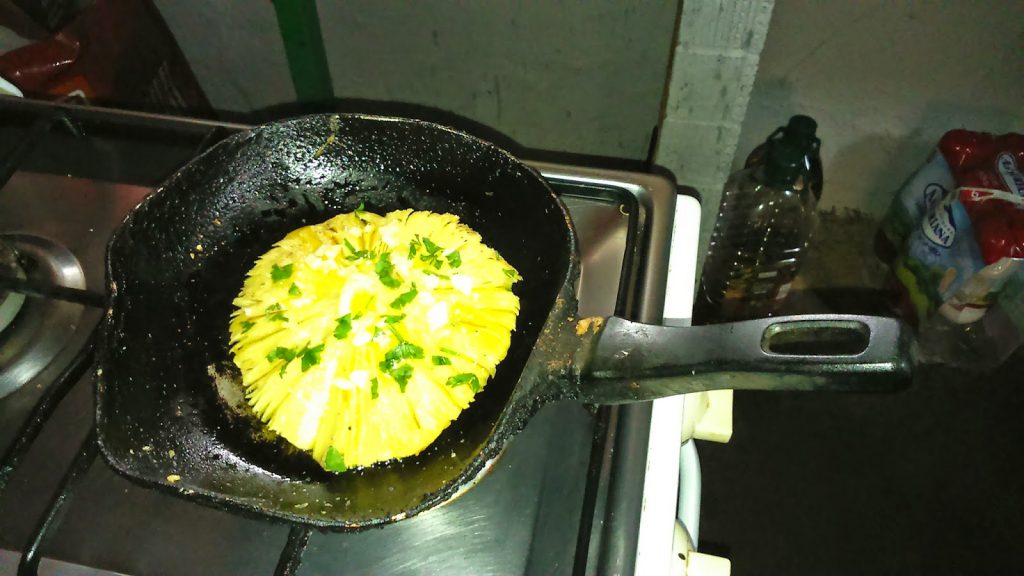