Yesterday, I took a group of nine people on a tour which combined a visit to an olive oil mill and to a boutique winery where we had lunch. The first two photos below show the olive varieties that are prevalent in the mountainous area of the province of Cadiz. The first one is of manzanilla olives and the second lechin olives. As can be seen some are already turning black. The mill will start to make extra virgin olive oil in about three weeks’ time. 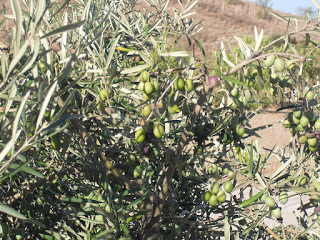 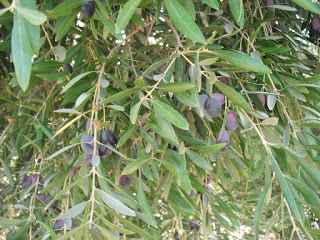 In the next photo the group are tasting two olive oils, the first a single varietal manzanilla oil and the second a coupage of manzanilla and lechin. 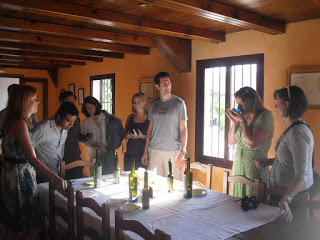 Leaving the mill we set off for the the winery, where just a few days before the last grapes had been picked. Due to the hot weather at the end of August and a lot of September, together with the prevalence of the hot levant wind, the vine foliage looks like it normally would at the end of November, not early October. This can be seen in the photo below. 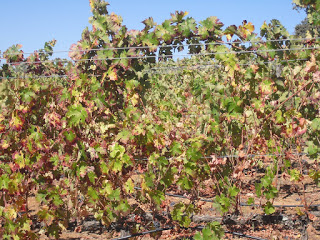 The last photo shows bottling in action. At the winery we visited, I had never seen them bottling magnums before. 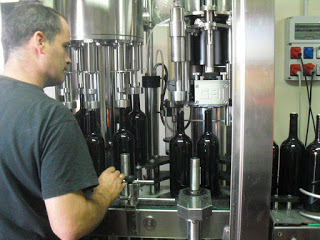