I took a few photos on a trip with some clients to Jerez last week. In the first photo we are about to start a wine, brandy and sherry vinegar tasting in the first winery that we visited 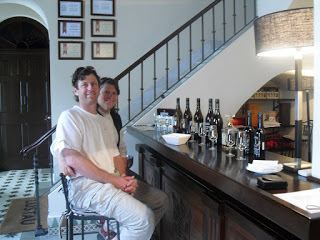 The second photo below was at a boutique winery where we were shown around by the owner. 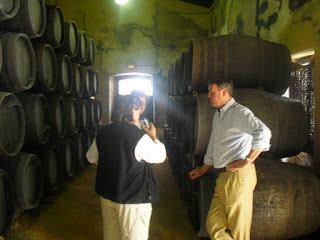 On Saunday (June 7th) I led a group of 21 Belguims on an Iberian ham tour. The following are some photos taken at the ham-curing factory that we visited. They have over 1 million hams hanging in their cellars! They also have quite a lot of smoking rooms for their chorizo. 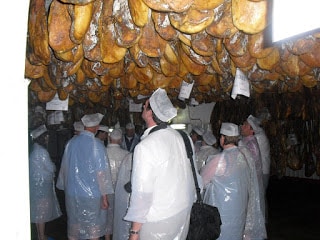 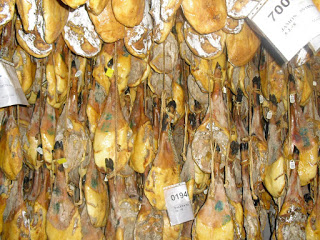 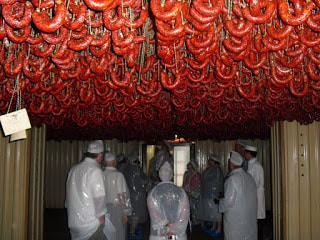