On Sunday (25th May) I spent the day in Jerez at the Vinoble wine fair. This fair is normally celebrated every two years, although in 2012 there was no fair due to the economic crisis. The fair concentrates on fortified and sweet wines from around the world. The number of stands at the fair was a lot less than in previous editions of the event. This was principally because the decision to hold the fair  was taken at a late stage. However, there were a lot of stands of sherry companies and other sweet and fortified wines from Spain, as well as ones from Portugal, France, USA, Georgia and Italy. Some of the Spanish companies were importers of wine so there were plenty of examples of sweet wines from Germany, Alsace, Canada, etc.
I managed to taste a large range of very fine wines. These included wines from Sauternes, Mosel, Alsace, USA, Sicily as well as wines from all over Spain. I was able to taste some of the best sherries that are produced in the Jerez region including all the very rare wines from Osborne, which I normally only get to taste at Vinoble. Below is a photo of three of these wines. Tasting very old sherries like these that are of exceptional quality is an emotional experience. 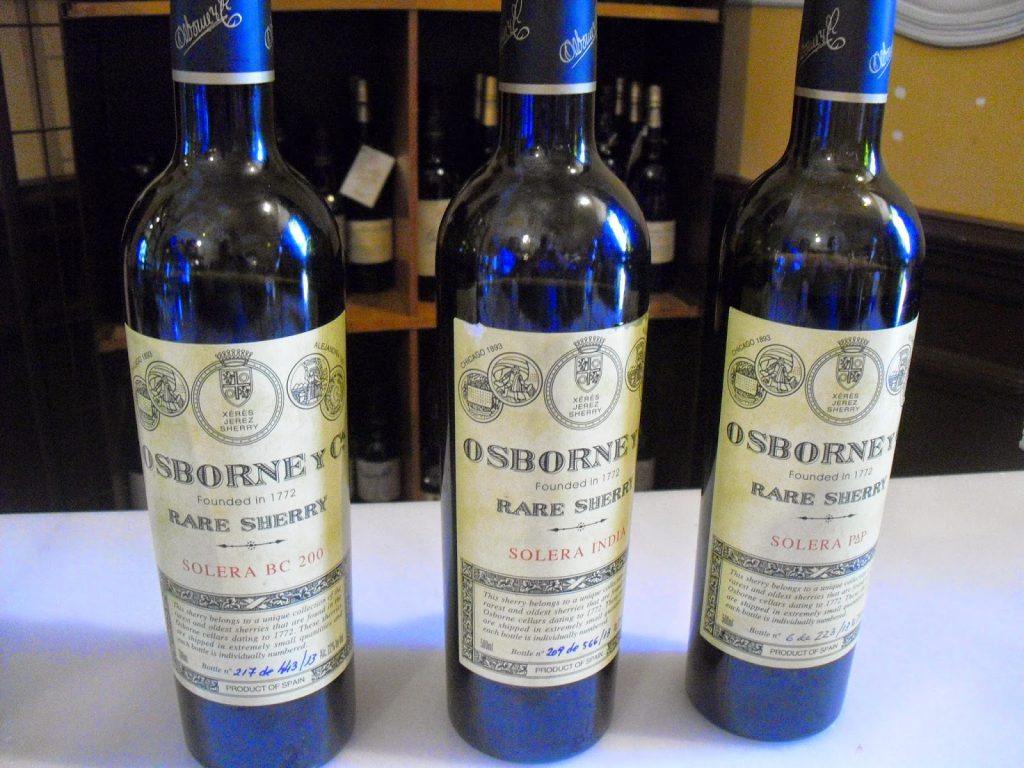 Another wine that I tasted and which was also an emotive experience was a sweet wine made from the Malvasia grape from the island of Lanzarote. The wine was made in 1881!! and was excellent. It had taken on some sherry-like characteristics but was much lighter in body than any sweet sherry. It was amazingly complex with a finish that just went on and on.
Wine tours to Jerez