Visit to a distillery near Carmona

Yesterday I made a visit to a distillery that is situated just outside the town of Carmona, 33 kilometres from Seville. I am thinking of setting up a half-day tour to the place. The distillery was founded in 1880 by a man from the Basque Country, Mr. Izaguirre. He had come to southern Spain a few years earlier escaping fron the third Carlist war. The destillery is built over the ruins of some Roman baths and includes the remains of an old Arabic mill. The baths and mill took advantage of  a spring which was the reason for setting up the distillery in the same location. The photo below shows some of the remains of the Arabic mill. 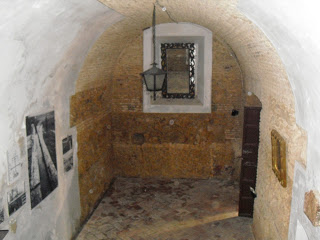 The distillery possesses two working copper stills, one dating from 1880 and the other from 1920. They both have a capacity of 400 litres and can be seen in the photo below. 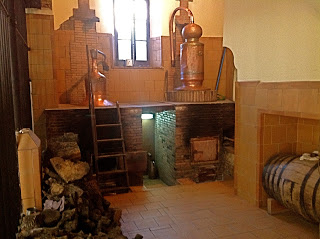 They normally distill once a week with the process taking around half a day. Their main products are  a dry anisette, a semi-sweet one and a very fine pacharan that they starting making in 1920. Pacharan is made by macerating sloe berries in anisette. They also make a cinnamon licquer and a mint one.
The following photo show the different bottles. 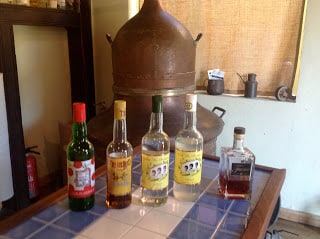 The town of Carmona is a fascinating place to visit, being in my opinion the most interesting town in the province of Seville outside the city of Seville itself. The  photo below is of the Seville gate which is Carthaginian in origin but with changes made later by the Romans, Moors and Christians. 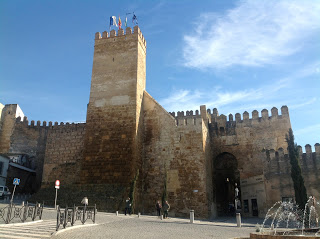 The tower attached to the church of San Pedro (Saint Peter) is a copy of the Giralda tower in Seville as can be seen below. 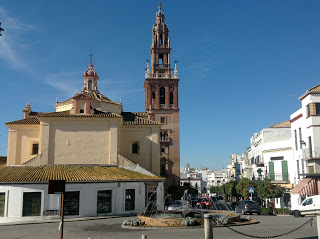 The last photograph shows the old market square with the dome of the Salvador church in the background. 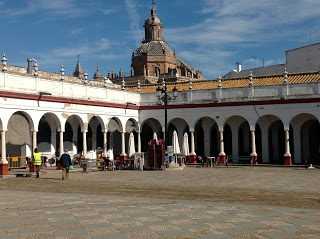