On leaving Pontevedra we headed south to the second most important sub-divsion of the Rias Baixas wine region, Condado de Tea. This area is just across the border fron Portugal. We visited a winery called Bodegas La Val where as everywhere in Rias Baixas the principal grape  is Albariño. They do, however, grow two others varieties, Loureira and Treixadura. I was not very familiar with the wines from this producer but was very impressed with them in the wine tasting that we did, especially  the wine that had been aged on the lees. I bought a bottle of the 2010 and will keep it for some time before opening it. 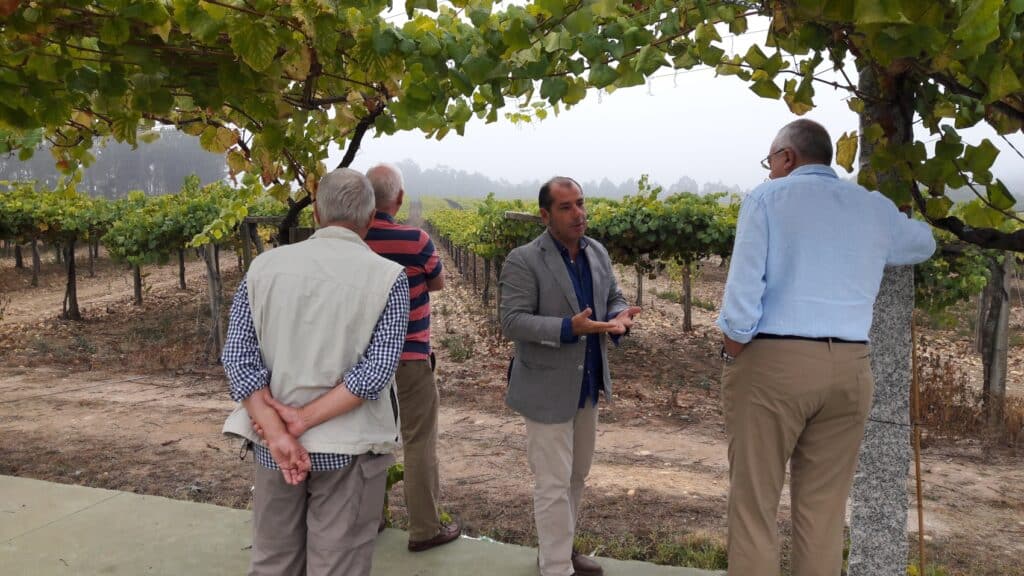 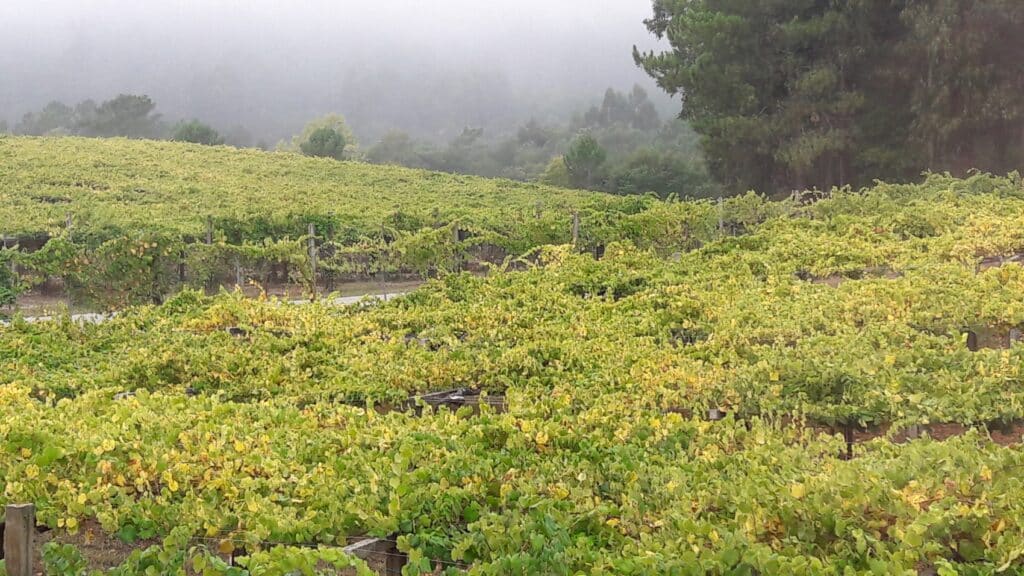 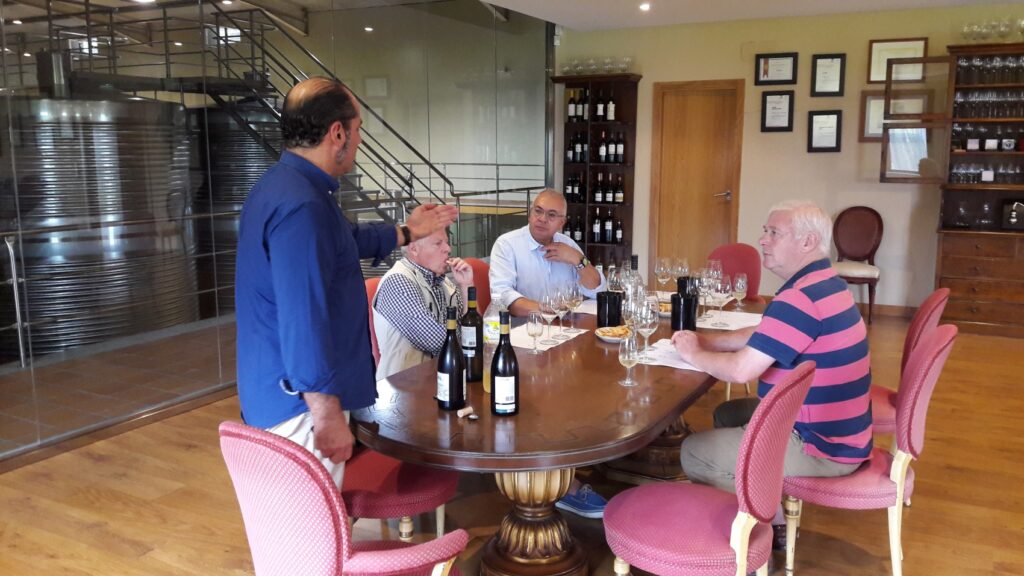 After this first visit we headed east to another wine region, Ribeiro. This area is known principally for white wines  with red wines making up 10-15% of the production. Treixadura is the prominent white grape making up 70% of the total. There are, however, another 8 permitted white varieties. Three red grapes account for more than 70% of the total: Souson, Brancellao and Mencia. As well, there are another 6 varities that are used. As can be seen in the photo below a lot of the vines are grown on terraces due to the steep slopes. 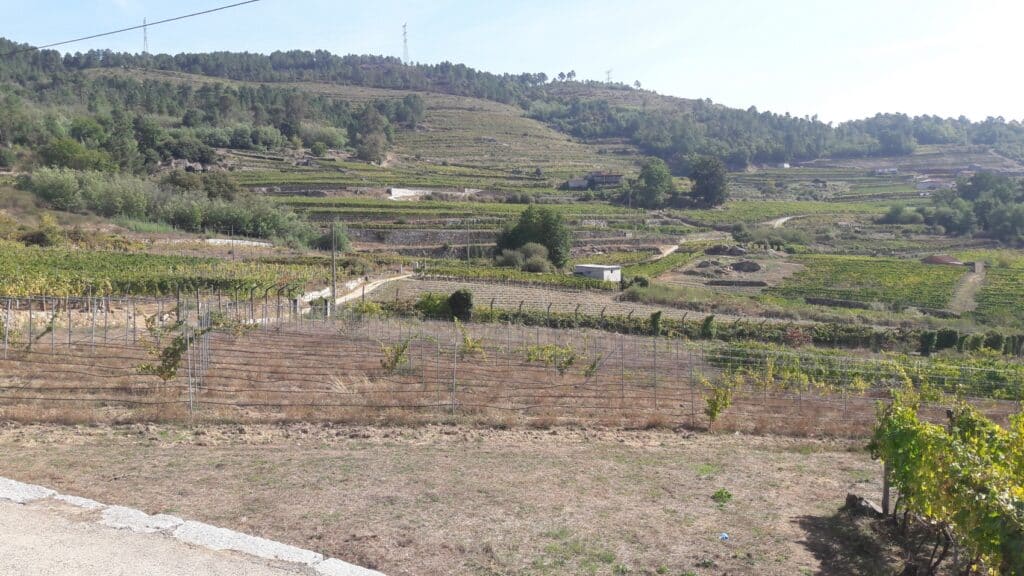 We visited a winery called Coto de Gomariz and were shown around by the wine maker Xose Lois Sebio. Walking amongst the vines be explained how difficult the 2017 harvest was. A late frost in the spring killed off a lot of the initial buds. The very hot weather in the summer then caused excess stress in the vines and to cap it all a hailstorm affected part of the winery’s vineyards. The photo below shoes some leaves damaged by the hail. All in all the 2017 harvest is a lot smaller than normal so quite a lot less wine. 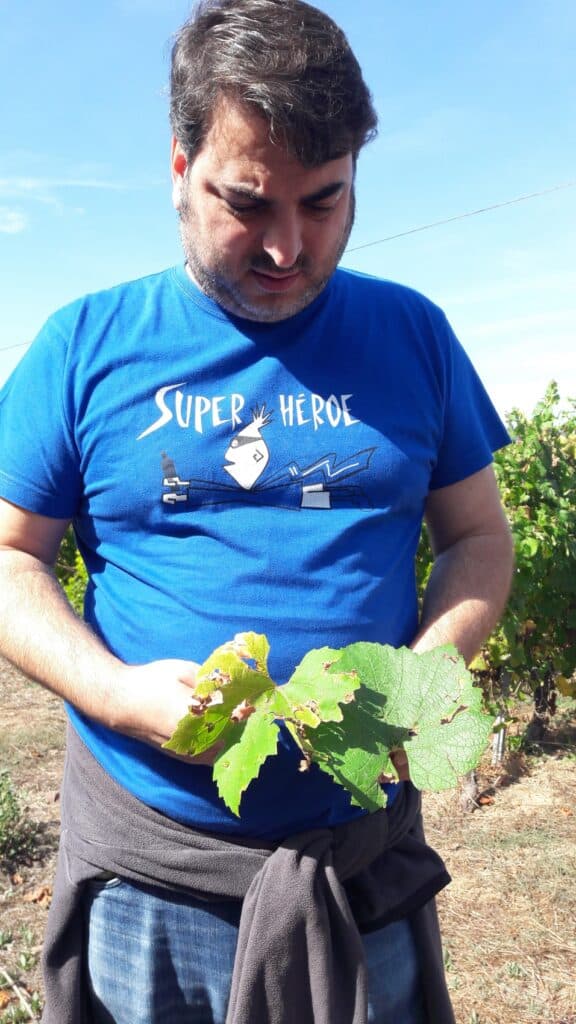 In the tasting we had there were four wines, including one from Xose Lois’s own project. 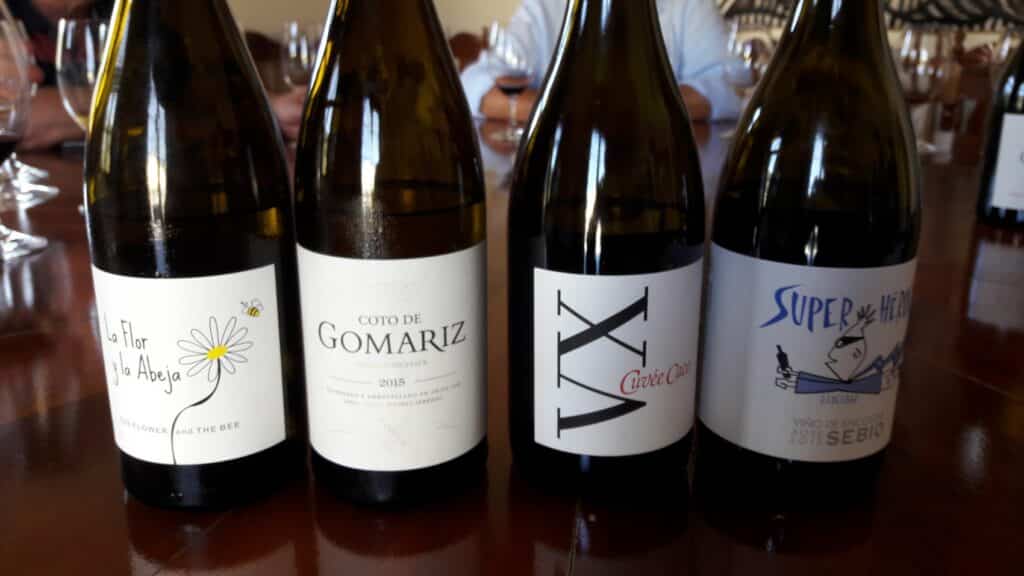 The fist wine, La Flor y la Abeja ( The Flower and the Bee) is 100% Treixadura. It’s floral, citric, mineral and fresh; very enjoyable. The second wine Coto e Gomariz is another white, this time 70% Treixadura with the other grapes being Albariño, Godello and Loureiro. This wine is spicey, floral and has plenty of white fruit. It’s got more weight than the first wine and seems a little more serious. The third wine VX Cuvée Caco is made from 5 red grapes: Sousón, Caiño longo, Caiño da Terra, Carabuñeira y Mencía. It’s aged in barrels for 20 months and on the nose shows ripe black fruit along with spice and toasted oak. It’s a very structured wine with soft tannins. The last wine, Super Hereo is from Xose Lois’s own range of wines. It’s made from a selection of local red grapes and is aged in 500 litre oak barrels. It’s amazingly fresh with lots of fruit, floral notes and is very mineral. It also has very fine tannins.

Lunch was in a nearby town, Carballino. We had some great octopus and local beef. IT was then off to Monforte de Lemos for two nights at the wonderful parador.