A Question of Taste offers a great selection of personalised one-day excursions and one half-day excursion that cater for the tastes of anyone interested in food or wine.
Learn more

Seville is possibly the best city in Spain for tapas. In fact, it is more than likely that tapas started in the city. It has the largest number of bars per inhabitant anywhere, offering an amazing range …
Learn more

We hold wine-tastings of Spanish wine accompanied by food at the the restaurant on the first floor above Seville´s oldest bar, El Rinconcillo. The bar was opened in 1670 ….
Learn More

Our gastronomic breaks have been very popular since A Question of Taste was set up in early 2002: A Quesion of Taste 4-Day Gourmet Tour …
Learn More

We can adapt all of the activities we offer to meet the needs of any group of people. You may already have arranged a trip to Spain or Seville or you might be attending …
Learn More

We can offer you the chance to learn to make anything from basic dishes to much more elaborate ones. Great stews and meat dishes , seafood recipes …
Learn More

A Question of Taste

A Question of Taste, based in the beautiful southern Spanish city of Seville, celebrates its 20th anniversary this year, having started its journey in early 2002.
We have run food and wine tours for thousands of clients and their positive feedback, more than anything, has meant that we have gone from strength to strength.

We continue to offer an unrivalled choice of food and wine activities which include: one-day excursions, tapas tours, cooking classes, wine-tastings and gastronomic breaks. If you are a lover of good food and wine and are planning on visiting Andalusia then our activities have been designed with you in mind.

Seville is only a short distance away from where some of Spainʼs greatest gastronomic and vinous treasures can be found. The great sherry wines, brandy and vinegar from the region of Jerez are a stoneʼs throw away as is the Sierra of Huelva where the worldʼs finest ham is produced from the Iberian pig. Superb olive oils are also made in places that are very close to Seville and the area around the town of Ronda produces some of the best red wines in Andalucia.
Through our activities we can help you discover these delights. Also, donʼt forget that Seville is a Mecca for tapas bars. We can show you some of the best, where fantastic food is served, and if you are a keen cook we can teach you how to prepare great local dishes!

Over the years A Question of Taste has been featured in many publications from around the world. The company director, Roger Davies, also appeared in the 4th part of the BBC series, Rick Steinʼs Spain, which was first broadcast on television in July 2011. 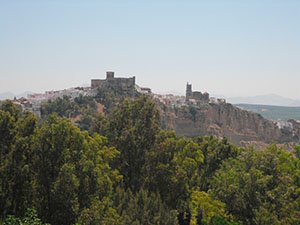 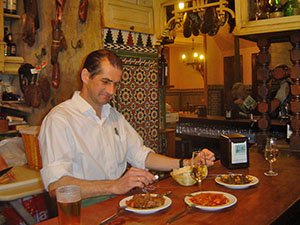 Seville is possibly the best city in Spain for tapas 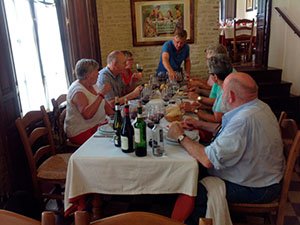 We hold wine-tastings of Spanish wine 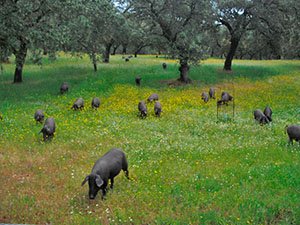 Our gastronomic breaks have been very popular 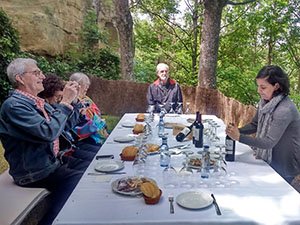 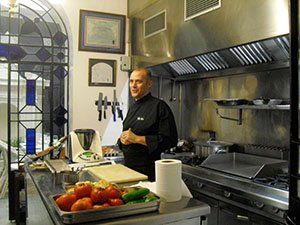 Food and Wine Tours in Spain

A Question of Taste is run by Roger Davies who is originally from Wales in the UK but has lived in Spain since 1987. He became keenly interested in Spanish food and wine soon after arriving in the country. This led him to work in the Spanish wine industry for a number of years before deciding to set up A Question of Taste at the start of 2002. He is always keen to increase his knowledge of anything connected to the activities he offers and continually attends tastings and classes related to food and wine, including at least one university course every summer. 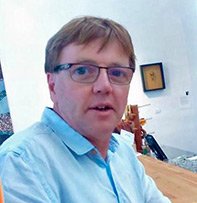