A great new activity that we have introduced this year is a cheese tasting at a great location in Seville that sells organic food and wine from small producers. The place is owned by a family that make some of the best cheese in the south of Spain. In 2001 Maria Orzaez, whose two daughters run the shop, gave up her job running a chemical company and moved to the outskirts of Castilblanco de los Arroyos, a small town in the hills 45 minutes to the north of Seville with no plans to make cheese. This changed in 2003 when she went to France to do a cheese-making course. She then used her newly acquired knowledge to make cheese from the milk of the indigenous Florida goats that are farmed just across the road from where she lives. Her cheeses are soft, unlike most goats’ milk cheese in southern Spain and are absolutely wonderful. They are now on the menu of many fine restaurants including Dani García’s 2-star Michelin restaurant in Marbella.

In the tasting, you’ll find out about everything that goes into making the family’s cheese and taste four of their creations. These may include cheeses that have been treated with paprika, seaweed or ash as well as ones that have been washed in sherry or aromatic infusions. You’ll also taste a very fine sheeps’ milk cheese and a blue cheese. The cheeses will be accompanied by some Spanish wines that have been made without additional sulphur. For cheese lovers this is a must do experience!

For a tasting there must be a minimum of 4 people. 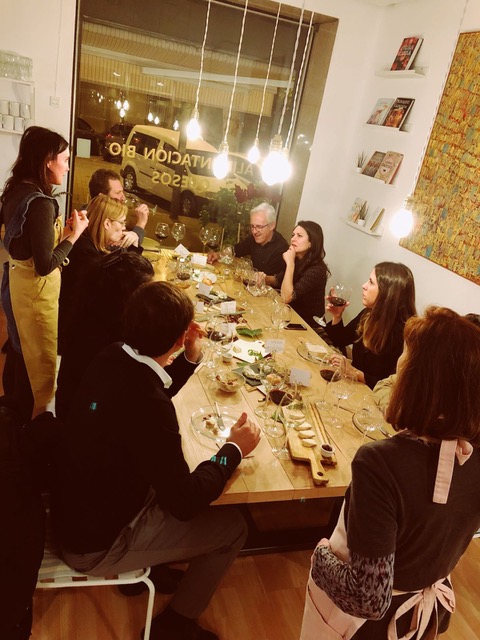