Two days ago (June 10th) I took a group fo 10 people to Arcos de La Frontera on a wine tour. The first thing we did at the winery we visited was to walk around part of the vineyard, and below is a photo of some Merlot grapes which are now in well-formed bunches.

The second photo shows the group in the barrel room at the winery. 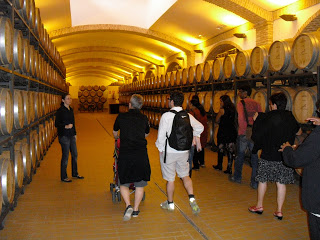 The last photo at the winery shows the group during the tasting we did at the end of the tour which lasted well over two hours. 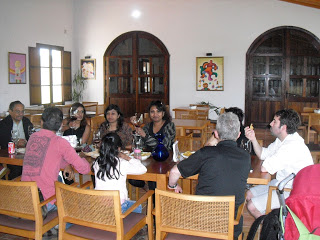 Lunch was at a great place just on the outskirts of Arcos. Before heading up to the old part of the town we drove along the valley next to the river and stopped for a few minutes so that peole could take some photos. One of the ones that I took can be seen below. Even though I have visited Arcos many times, I am still struck by the beauty of the place, perched on the top of an almost vertical ridge. 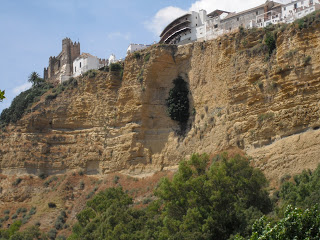