Yet another wine tour to Sanlúcar de Barrameda

I was in Sanlúcar de Barrameda leading a tour again yesterday. I had a camera with me that while not being brilliant takes better photos than my mobile phone which I used on my last visit. The first winery we visited was the same one as two weeks ago. Among other things this allowed me to pick up the umbrella that I had left there! Below are some photos taken around the winery; the last one shows casks in a small room containing very old wines, including an amontillado of incalculable age. 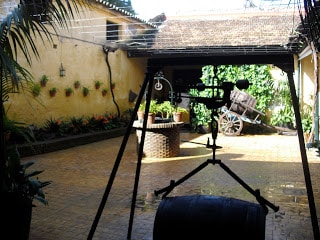 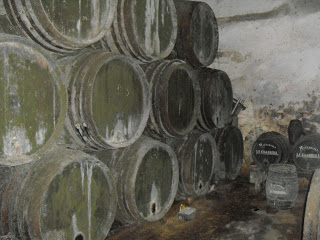 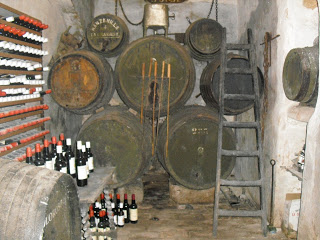 As usual there were some customers who had come to buy wine. In the photo below Nieves has just filled a bottle with 2 litres of amontillado. 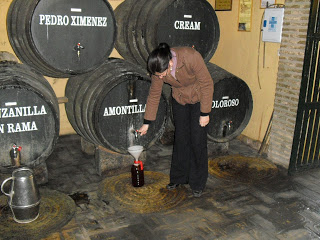 Before going to the second winery, we made a quick visit to the local market. The first photo below shows “galeras” known in English as mantis shrimps and the second “cañaillas” or murex in English. Both are very tasty things to eat. 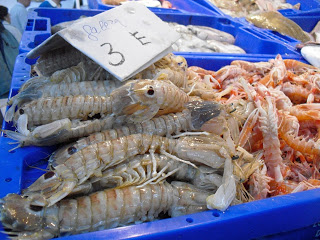 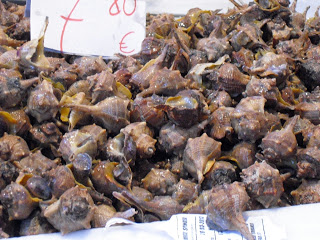 The next photo is of a stall oustide the market selling among other things, snails, wild asparagus and “tagarninas” known in English as Common Golden Thistle or Spanish Oyster thistle. The leaves of the thistle are peeled. The fleshy interior is used in stews, omlettes, croquettes, etc. In the photo they are in plastic bags. 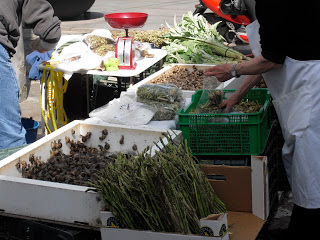 To finish, some photos taken at the second winery. Here as in the first winery you can turn up and buy wine straight from the cask. In the last photo below the gentleman is waiting to buy 5 litres of manzanilla. 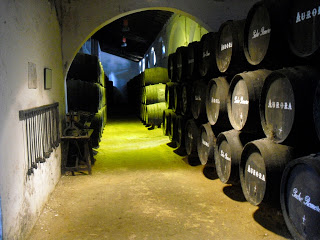 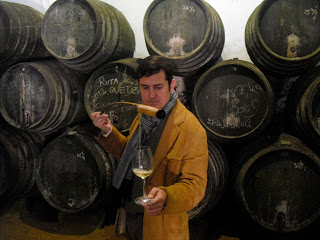 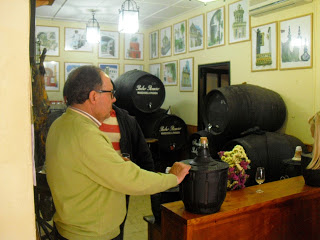