Yesterday, I took a group of British people on my Iberian/iberico ham tour. At the farm we visited most of the pigs that are destined for hams this year have gone on their final journey! There was a group left though that will leave the farm next Wednesday. Some of them can be seen in the photo below. 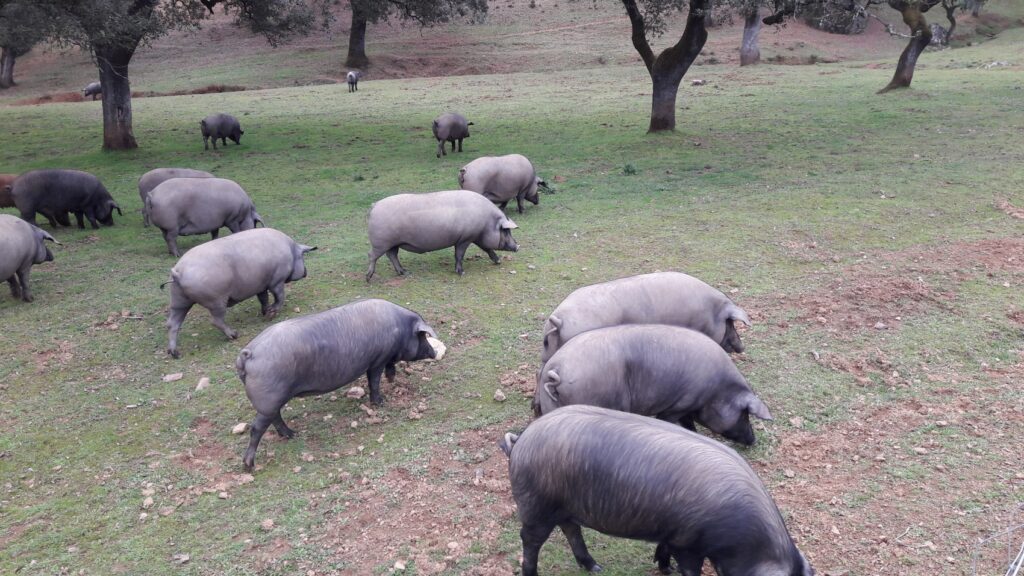 At the ham curing faclility that we visited hams had just been brought in from pigs that had been slaughtered the day before. They were about to be put in the salting rooms. 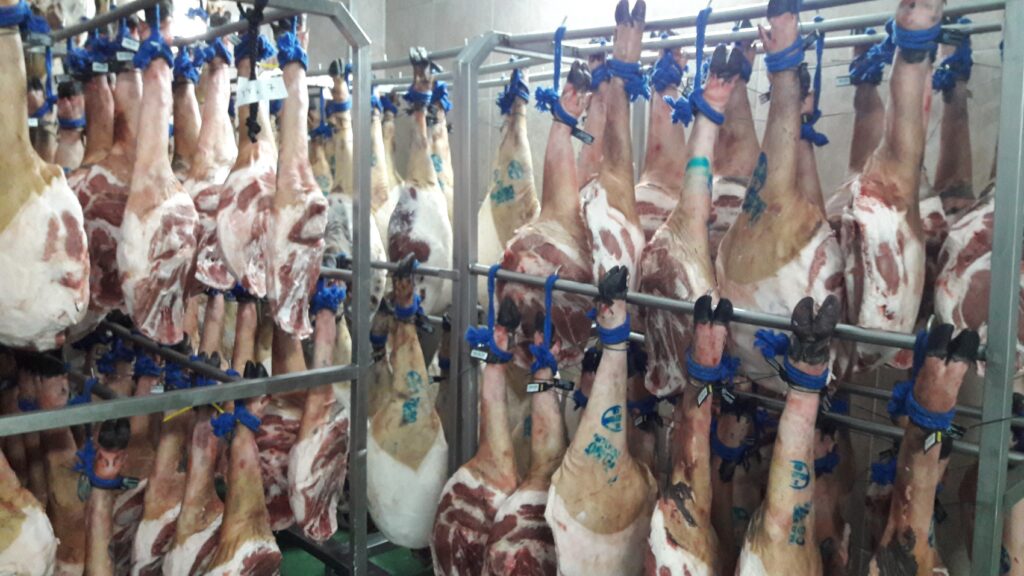 The next photo shows hams undergoing the salting process. The hams are covered in coarse sea salt for a period of 1 kilo of weight per day. The salting rooms are at 3ºC and around 90% humidity. 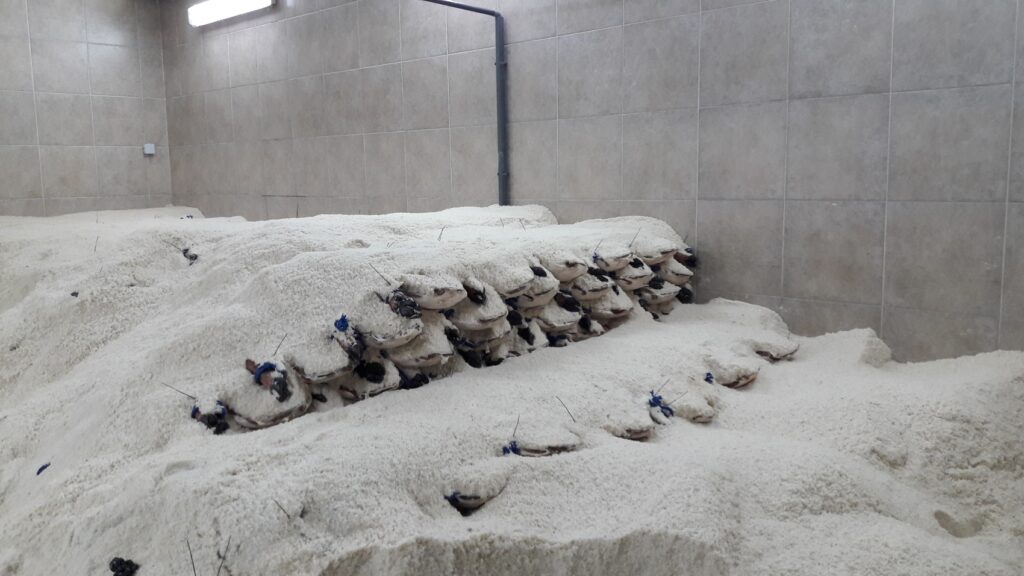 Amongst the many wonderful things that we had for lunch were some wild mushrooms. In late winter, early spring a mushroom known locally as “gurumelo” grows in the area as long as there has been sufficient rain. It is a member of the amanita family and its full name is Amanita ponderosa. It is very much appreciated for its flavour and I was very happy to have some on the table! 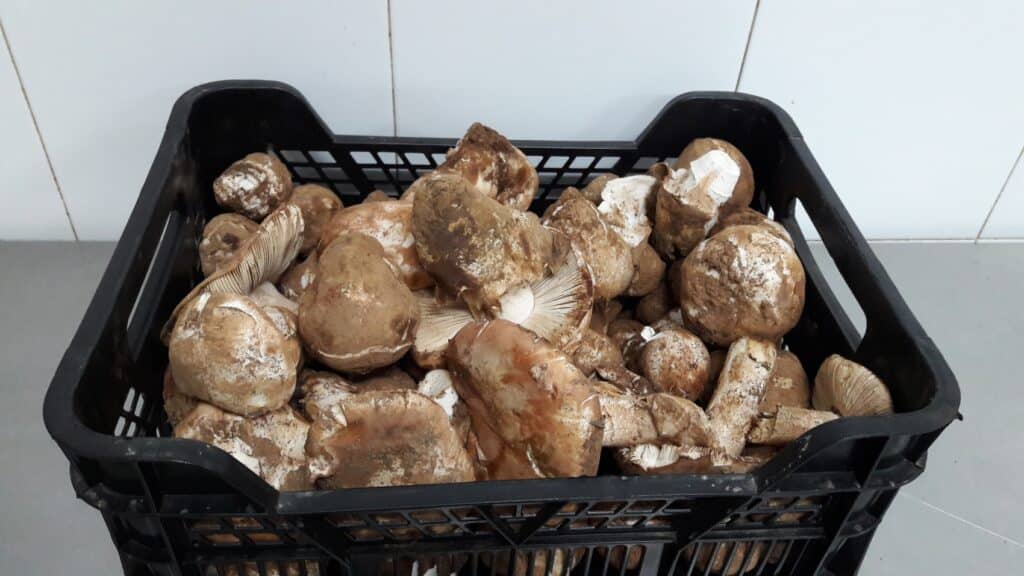